Life is exciting for all young animals – so much to learn, so very fast. Baby songbirds are on a particularly quick timeline; pop out of the nest, learn to fly and feed yourself, or be food for someone else. Bird populations are at their zenith this time of year, but will soon to be whittled down by other hungry mouths. This young House Wren seems to be thriving as it masters the art of staying alive.

I met up with the whole House Wren family on the trail just below the Louisville Nature Center. Although wren habitat is good throughout much of the forest, this spot was particularly sweet. A spring on one side of the trail, a brushy deer exclosure on the other, and wren-friendly dense tangles of smilax and grapevine.

If you don’t have a family of House Wrens in your backyard yet, just make a brushpile and they will come.      http://content.yardmap.org/learn/brushpiles/

Another young member of the family; juvenile House Wrens are very nondescript with muted brown plumage and a speckled breast. 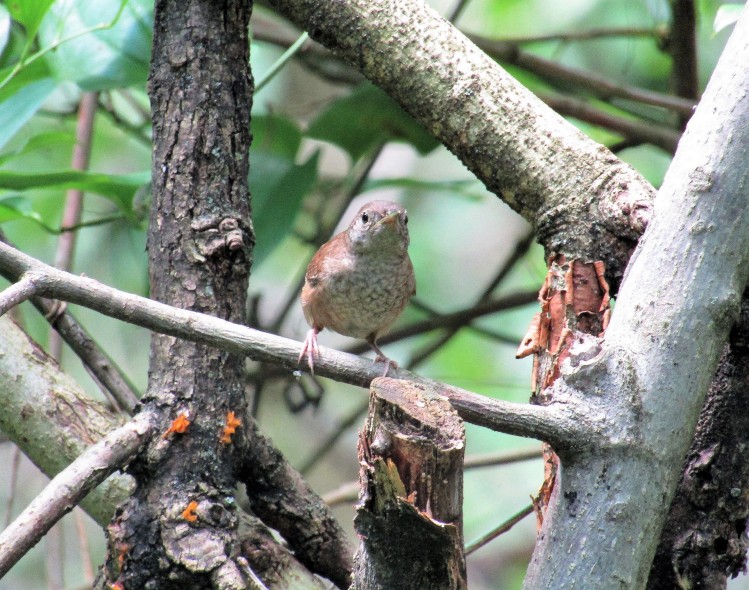 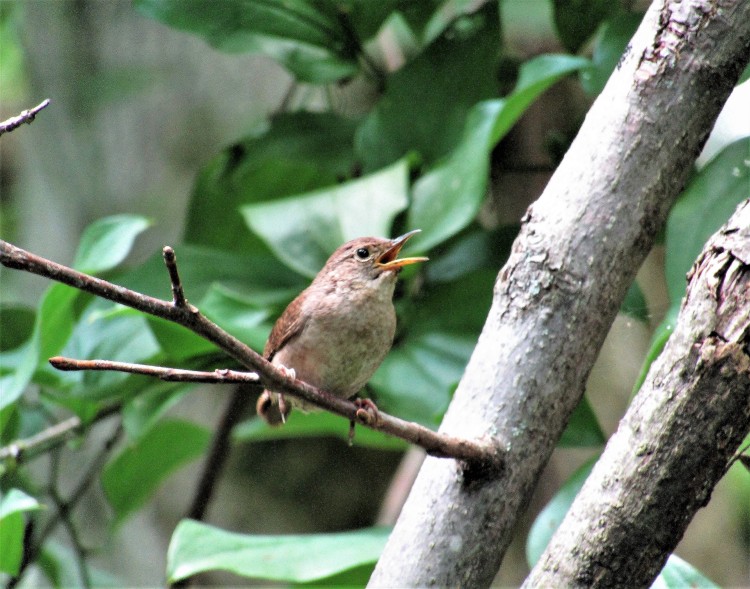 In a wren family group, someone is always singing or fussing. If you assume it’s the male doing all the singing, you’d be mistaken. Female House Wrens sing during the egg laying phase of nesting to defend their nest from other wrens in particular (many wren species will destroy eggs in nearby nests). Females that sing more vigorously apparently have better nesting success, according to this recent study.

Another fledgling from the same area, looking a bit nervous in its first encounters with life out of the nest cavity. 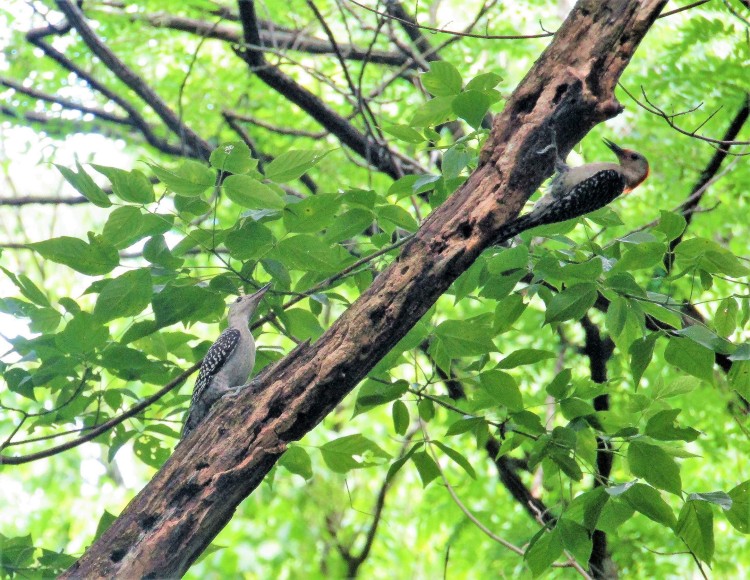 Secure in the presence of its parent, this juvenile Red-bellied Woodpecker is no doubt begging to be fed. 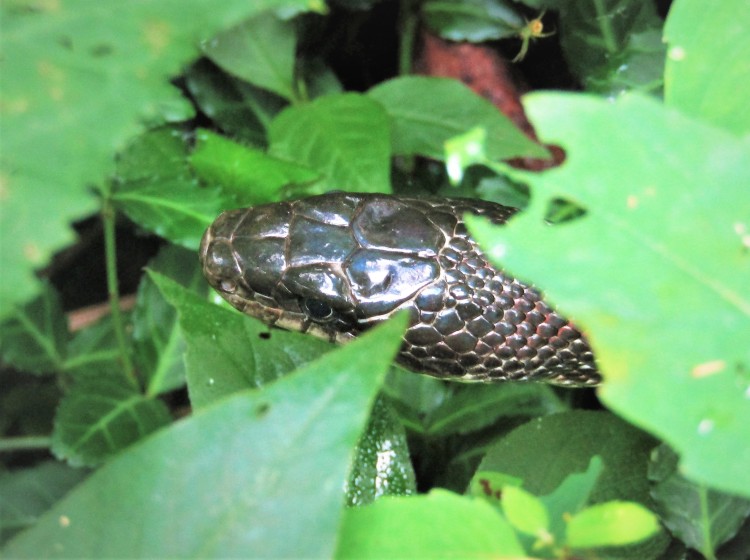 This five foot Black Rat Snake looks to be very well fed. I actually stepped on it (a first) in dense undergrowth, and felt it move under my foot. It was a bit sluggish; and judging by the dull look of its eyes, was likely preparing to molt. 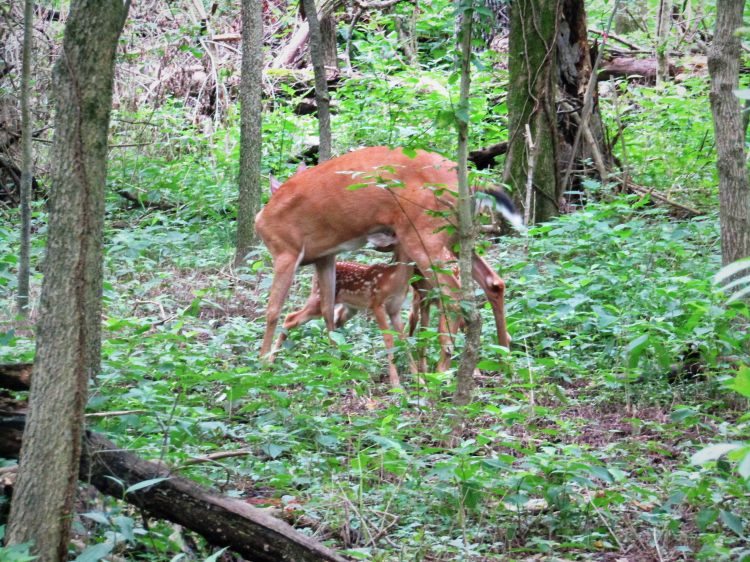 Though baby deer don’t count as fledglings, they’re babies nonetheless so get to be part of this post. “Big Mama” the old doe has another set of twins hungrily pulling on her teats. I was lucky to be there at mealtime the other day, and having gone through this with my own children, I could certainly relate!