This is not my picture, but I was this close to a wild turkey today. I didn’t have a choice in the matter, since she burst out of the trailside undergrowth and confronted me. Apparently I had once again come too close to her chicks – if indeed this is the same momma turkey whose nest I stumbled upon two weeks ago, and who I startled with her chicks in a heavy rain last week. She had every right to be upset with me for the repeated disturbances, and it showed. Unnerved by her flapping and clucking and the look in her beady eye, I backed up but did not flee. She slowly retreated up the hill, and positioned herself atop a tall stump where she could see my every move.

But is it the same turkey I saw each time, or are there two or three? And what about Tom turkey, who has been spotted near the Nature Center and heard gobbling in the woods? How on earth did large ground birds that can only fly 100 yards at a time make their separate ways to a tiny urban forest fragment, and then find each other as well?

So many questions, and no answers. Except this – urban turkeys are a thing. From New England to Texas, Minnesota to California, in big cities and suburbs, wild turkeys have returned. And unlike elusive rural turkeys, these city cousins don’t remember being hunted and aren’t especially fearful of  humans.

Urban and suburban turkey populations are not monitored by wildlife agencies like the rural ones. Since they’re mostly unavailable for hunting, when they come into conflict with humans they’re simply referred to as “nuisance birds”. And their numbers are growing.

Will the turkeys in this forest thrive, but slip into the same uneasy urban niche as deer and coyotes? Would you be glad to see them in your neighborhood, even if they were fearless? It’s certainly too soon to know how things will turn out, and possibly the abundant predators will make a speedy end to this new experiment. (Very few poults survive to adulthood). 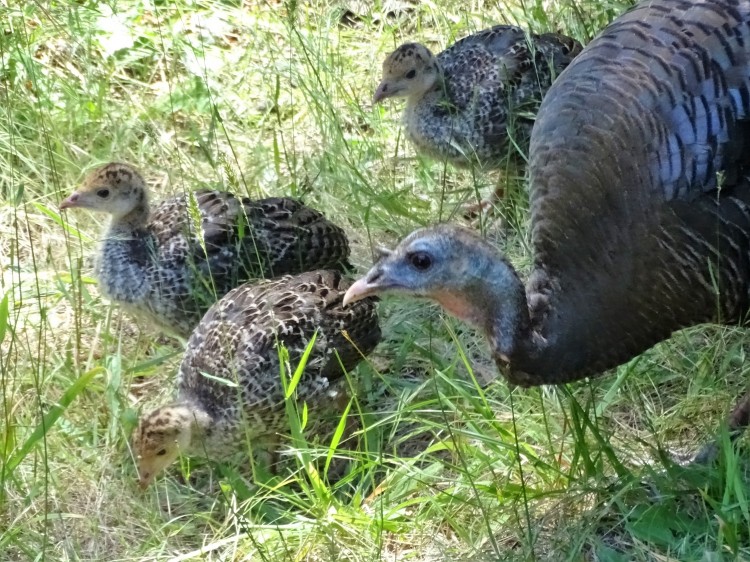 But I’m rooting for the turkeys, and I think it’s no coincidence they are here. Everything we’ve done over the past ten years in this forest has improved the potential wild turkey habitat – from removing invasive species, to planting native grasses, trees and shrubs, to simply encouraging a rich, diverse herbaceous layer for good protective cover. Such a revived habitat can provide the high protein diet of snails, insects and reptiles that young poults need. Mulberries, blackberries, wild cherries and other forest fruits, as well as the seeds of native grasses, offer a rounded menu for mature turkeys. We might as well have rolled out the welcome mat!

Far from being dumb clucks, wild turkeys are smart, adaptable, opportunistic generalists who can survive and thrive when conditions are good. In this little urban forest they may be here to stay. 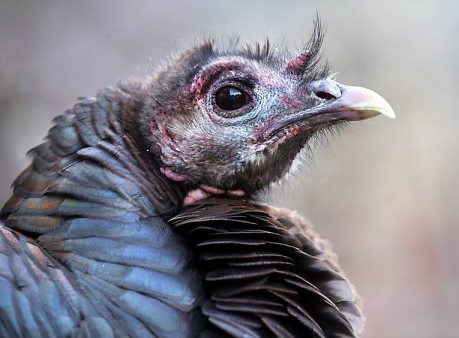